When homework threatens fiercely on the horizon, when the grey sky oppresses even your greatest ambitions, when you are feeling as if there is everything to do but want to do nothing: this is when you turn to Bon Appétit. Though its magazine has been in publication since 1956, Bon Appétit has seen increasing success in an entirely different medium. Rather than staying stolidly in print, the publication has expanded to the Internet space, creating a popular YouTube channel with vibrant personalities and truly delightful videos. What makes Bon Appétit most fascinating is how it has leveraged past mistakes and tactics to form something altogether new. In watching their videos, I am often reminded of where others have failed to adapt. Food Network, for instance, now increasingly favors format over personality. Robbed of charismatic presences, such as Emeril Lagasse, the cable channel has relied on competition shows, which lack vibrancy, even as they invent progressively more ridiculous tasks for assorted chefs to accomplish. Watching cooks running around a grocery store to shop for various jars of pickles can provide only a limited entertainment. Adding Guy Fieri as a vestigial commentator just seems excessive. His sole contributions are a few stale quips and a bottlebrush of bleached blond hair. And who wants staleness from a cooking show? 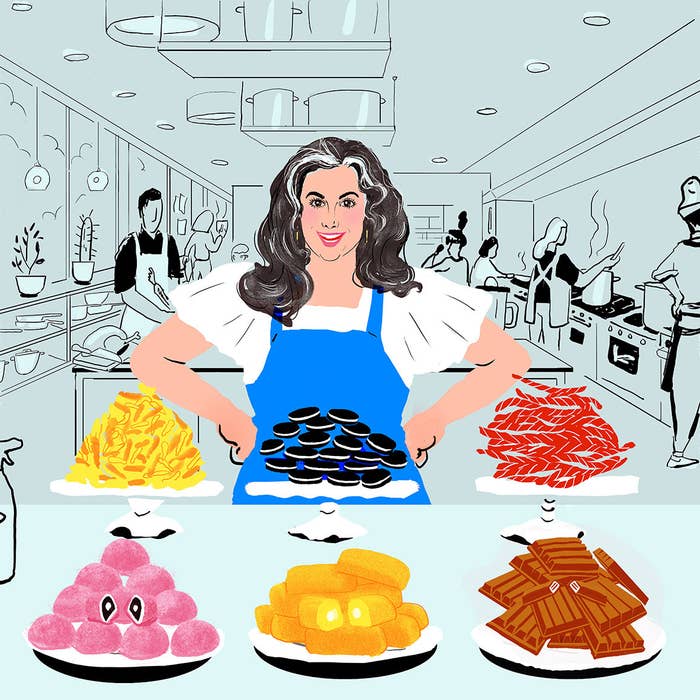 The failure of their competitors puts Bon Appétit’s vivid resurrection in an even starker contrast. While their adversaries are barely breaking into the conversation, Bon Appétit’s videos regularly gain millions of views and have a genial cross-audience appeal. The Internet’s endless expanse has allowed them to reach a seeming endless number of admirers, all hungry to watch. It is genuinely impressive to watch a reinvention take place in real time. For, the online space also allows for a more flexible creativity. Often, I will read comments on their videos, only to see the requests of those commenters granted a few days later. The solicitation and eager acknowledgment of audience input is something entirely unique to the YouTube experience. There is a sincere respect for the viewers’ taste. There is an even more candid desire to fulfill their suggestions. It is not that Bon Appétit is the only channel on YouTube asking for audience advice. Indeed, it is almost a trope for YouTubers to fervently ask for subscribers’ commentary. Perhaps it feels so startling because Bon Appétit seems to be the first established company to truly conform to the changing times and recognize its advantages. Even better, their recognition of such trends has resulted in videos that are truly unique, blending the professionalism of a real test kitchen with the aspiring enthusiasm of viewers around the world. For those just discovering their channel, I would recommend the Gourmet Makes series, where in-house pastry chef, Claire Saffitz, attempts to recreate popular sweets. The ascent of channels such as Bon Appétit has made me realize that entertainment yesterday might be easily forgotten tomorrow. However, it is equally exciting to think of the new varieties of entertainment still to be discovered; mediums still unanticipated. The reinvention of Bon Appétit reassures me, though, that even these rapid transformations can result in something deliciously delightful.

1 Comment on "Culinary Phoenixes: The Glorious Reinvention of Bon Appétit"

I’ll be honest, I don’t hate Guy Fieri, but you’re right that he’s mostly just the jokester narrating the competition. It’s really not about cooking half the time, it’s just about the game they’re playing.