Since it’s starting to become a little nicer outside and the semester’s ending soon, I figured I would talk about a few records I enjoy listening to in spring. Feel free to check ’em out and give some feedback if you feel so inclined. I hope y’all are doing well out there. 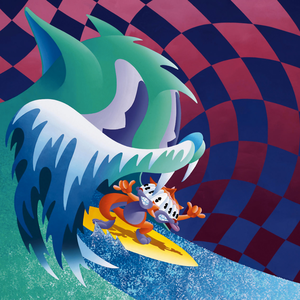 I heavily associate an album’s artwork and the actual sound of the music, as well as with what time of year it reminds me of (as you’ll see in the other records on this list), and there’s not really a better example of that than MGMT’s Congratulations, the followup to their debut Oracular Spectacular. You know, the one with “Kids” and “Electric Feel”. As much as I love those early singles, I’m happy Congratulations isn’t just another helping of that sound, though many fans and critics don’t have the same feeling (that lukewarm 6.8/10 score from Pitchfork is still a surprise; they normally lose their shit over artists subverting expectations and all that). But, all early 2010s context aside, this album is full of bright psych pop and rock, as colorful as the cover. Across the nine songs, you can hear the a variety of inspirations the band is pulling from: 70s prog rock, Brian Eno (see: “Brian Eno”), British post-punk band Television Personalities (“Song for Dan Treacy”), surfing in the Arctic Circle (the 12 minute, multi-faceted “Siberian Breaks”). If that all sounds a bit silly and all over the place, that’s because it is. Yet, it works. It’s genius, in my mind, a shining example of combining experimental ideas with pop songwriting, and deserves a spot in your spring album rotation. 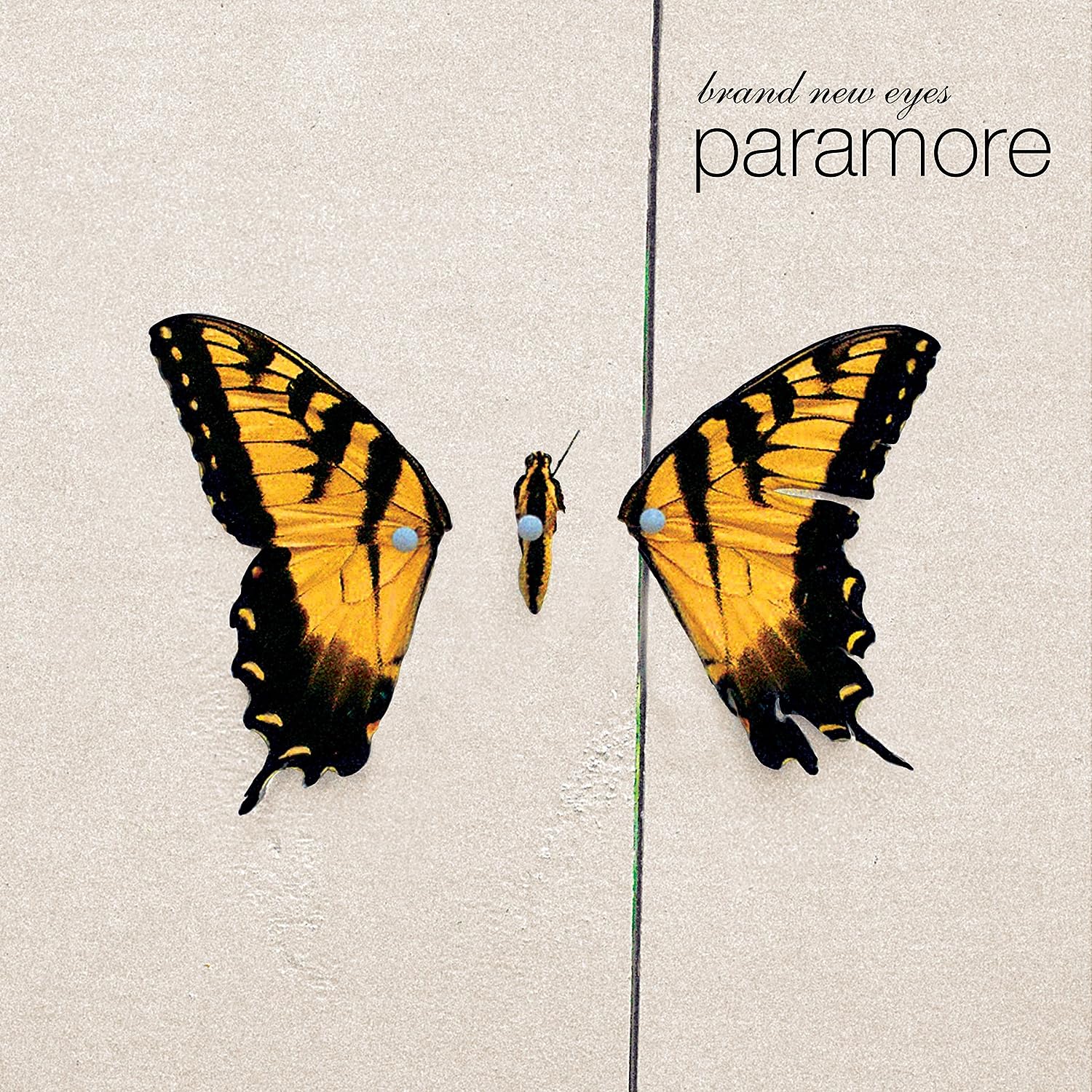 What a classic. I’m not exaggerating when I say every single song is a hit. I mean, come on: “Ignorance”, “Playing God”, “Brick by Boring Brick”, “Turn It Off”? What more do you want? Even the Grammy-nominated single “The Only Exception” and emotional powerhouse of a closer “All I Wanted” are on here. Hayley Williams sounds incredible as usual on this album, proving why she remains one of my favorite vocalists in music. It’s just a super solid emo / pop punk album, with great hooks, great lyrics, and great performances. It might sound cheesy, but just listen to the bridge of “Where the Lines Overlap”, when Hayley sings “I’ve got a feeling if I sang this loud enough, you would sing it back to me” and try not to shout along, or at least smile. And, yes, it’s over a decade old, so it sounds fairly dated, but I’m okay with that. It’s one of the few records I listened to in middle school that I can come back to and still enjoy the hell out of. If you’re looking for an album to sing along to in the car, this is it. 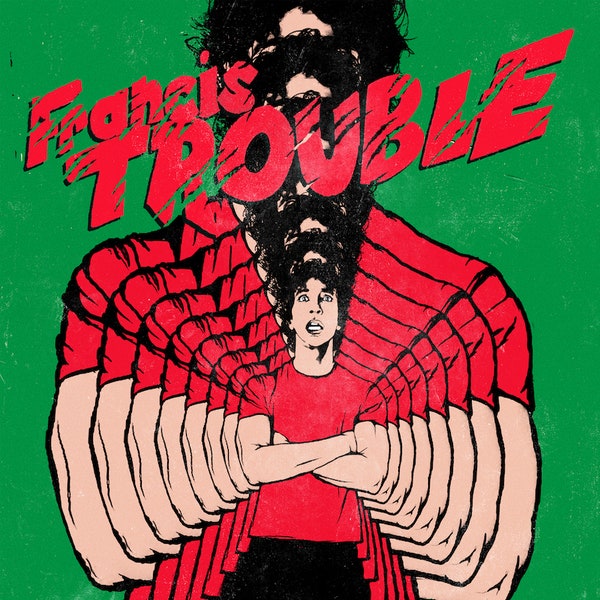 Francis Trouble is the 2018 solo album by Albert Hammond Jr., the musician best known for playing guitar in The Strokes, one of my favorite bands. Put simply, this is just a super fun rock record. It somehow takes all the most melodic sensibilities of The Strokes and distills them into some of the catchiest music I know. Hammond Jr.’s voice is quite different from that of Strokes’ frontman Julian Casablancas, though that’s not a bad thing. His more nasal, carefree tone is perfect for the pop and garage rock on this album, as evidenced by tracks like “Dvsl”, “Far Away Truths”, and “Strangers”, which each have some of the best hooks of rock songs in recent memory. The album is admittedly front-loaded, with the first four songs being the most immediate, and some of my most-played songs of the year. Still, there are still some late album highlights like the aforementioned “Strangers”, which is pure genius in pop songwriting, as well as the dark, groovy “Rocky’s Late Night”. It’s a quick, easy 35 minute listen worth throwing on at a party or if you just feel like doing some air-guitar alone in your room. 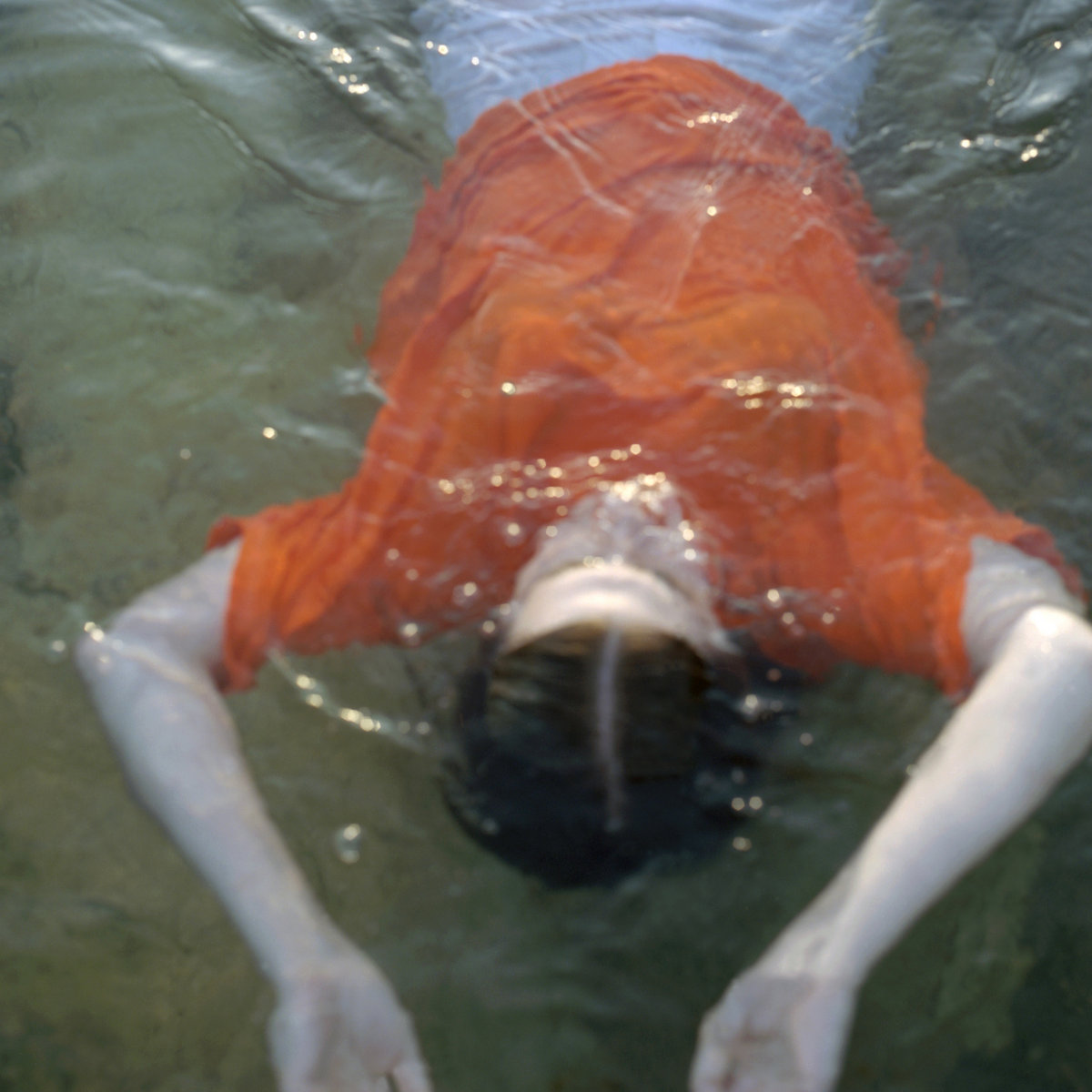 To close things out on a chill note, Mia Gargaret is a gorgeous ambient album, and one of my favorite releases of last year. Gia Margaret, a purveyor of what she calls “sleep rock”, caught my attention with some of the ballads from her 2019 debut There’s Always Glimmer, but this record features a largely different approach, with her vocals only appearing on the final track, “lesson”. Instead, it sounds just like the cover suggests: buoyant, textured, serene. I love the gentle electronics that dominate much of the record, but arguably my favorite moments on the record are when Margaret utilizes live instrumentation. Two great examples of this are “lakes”, made up of warm acoustic guitar and sounds of waves crashing, and “3 movements”, which, as the title suggests, is a series of three stunning, pensive piano movements. I think what connects this album to spring for me is just how organic it sounds, like it was created both in and for nature (funnily enough, the opening of “sadballad” sounds right out of Mother Earth’s Plantasia). It’s perfect for an afternoon spent daydreaming, walking, having an out-of-body experience, or all of the above.

Here are all the albums I listened to this month. I was in a musical rut and mainly listened to a few albums over and over (looking at you, I’m Wide Awake It’s Morning), so I don’t have as many as I’d usually like to. That aside, I did listen to two albums that aren’t too popular in their respective artists’ discographies, Angles by The Strokes and Codes and Keys by Death Cab for Cutie, and had some fairly positive results. Angles was about as good as I thought it would be, with no real bad songs but none quite as good as lead single “Under Cover of Darkness”. Codes and Keys, however, I actually really enjoyed. It’s one of their most disliked albums, with critics calling it boring, lazy, and predictable, and lead singer Ben Gibbard even ranking it lowest out of their records in a 2018 Vice article. It’s no Transatlanticism, or perfect by any means, but it’s an admirable set of songs full of piano, strings, a tight rhythm section, and some of Gibbard’s brightest melodies. Thank you for giving All I Wanted and Brand New Eyes the shoutouts they deserve! The album is a masterpiece, so I’m glad to see it get recognition.