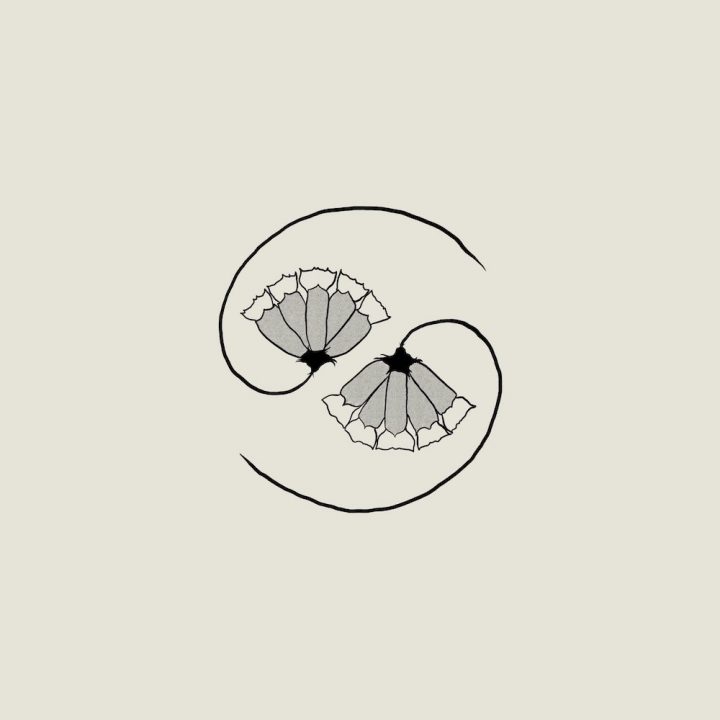 Note: Godspeed You! Black Emperor does not make music fit for formulating opinions quickly. I expect to listen to this record several more times before I feel comfortable with my thoughts on it, and as such, my review will primarily be my immediate reactions to it. This isn’t because I think their music is just that deep; they just make really long, densely arranged music. Also, I thought I would mention that because the song titles are quite long, I’ll be referring to them by their specific movements as done on streaming services. But, anyway, on to the review.

The Canadian music collective Godspeed You! Black Emperor has been making some of the most essential music in the experimental scene for nearly three decades, with multiple classic records under their belt, most famously their 1997 debut F♯ A♯ ∞, and 2000 follow-up Lift Your Skinny Fists Like Antennas To Heaven. Although they took a break from 2003 to 2010, their more recent output has been quality as well; while I haven’t heard each of the four records they’ve released since returning, their Polaris Music Prize-winning comeback album Allelujah! Don’t Bend! Ascend!, is arguably my personal favorite release of theirs. G_d’s Pee at State’s End!, their seventh album, continues their tradition of making sprawling, deeply political music (they announced it with a list of demands, including to empty the prisons, end imperialism, and tax the rich). In a similar format to Allelujah, the album is made up of two longer tracks sequenced around two short ones, though on streaming services the longer tracks are split into four and two songs, respectively.

“Military Alphabet (five eyes all blind) [4521.0kHz 6730.0kHz 4109.09kHz]” is, like most Godspeed album openers, slow and unassuming, building tension with droning sounds and recordings of radio transmissions. After a surprisingly simple, catchy guitar line, it transitions into the next movement, “Job’s Lament”. While not the most interesting piece on the album, mainly due to the ascending melody and static chord progression becoming somewhat stale, the chugging guitar riffs and 3/4 time signature make for an admirable performance, like watching the group jam on a single idea for eight minutes. “First of the Last Glaciers” is much more enjoyable in my mind. With its swaying, hypnotic rhythm and powerful drums, it’s one of the most cinematic parts of the record. And to close out the first song, “where we break how we shine (ROCKETS FOR MARY)” is a short recording simply of birds chirping and what I’m assuming are rockets going off. It’s a bit strange, but I’d expect nothing less.

The first interlude, “Fire at Static Valley”, is a droning track primarily made up of chiming, delay-heavy guitars, eerie strings, and a steady kick drum. It’s a nice moment of calm, giving the listener a moment to breathe before the second longform piece, starting with “”GOVERNMENT CAME” (9980.0kHz 3617.1kHz 4521.0 kHz)”. On first listen, I was pretty surprised by this one. The first few minutes following the vocal snippets are some of the heaviest I’ve heard on a Godspeed album, full of distorted bass and sharp guitars. It sounds sort of gothic, or even metal-inspired. From then on, the track adds strings and some real tight drumming in a lumbering crescendo ending in layers of instrumentation getting tangled with each other. It’s chaotic, and quite impressive. Following this, “Cliffs Gaze / cliffs’ gaze at empty waters’ rise / Ashes to Sea or Nearer to Thee” is a decent movement to close out the piece. The buzzing drone that takes up the first half of the song isn’t bad, but the end is far more engaging. The driving rhythm section and triumphant lead melodies are straightforward and genuinely uplifting, a sound that reminds me of one of the best songs from the group, “We Drift Like Worried Fire”.

The record closes with “OUR SIDE HAS TO WIN (For D.H.)”, a six-minute string piece that completely blew me away. It is my favorite song on the record, and one of my favorites by the group in general. I don’t know how to describe it other than that it is absolutely stunning. The “D.H.” the song is dedicated to is Dirk Hugsam, a tour agent and friend of many Constellation Records artists, who died in late 2018. I think it’s a testament to just how communal and personally involved Godspeed are as a collective that they could have written such a devastating, singular piece to honor someone important in their lives.

Overall, this is a great record. It’s not an entirely unique project for the group at this point in their career, but it’s great simply by virtue of coming from them. The pieces are arranged, produced, and performed well, as with all of their work. If anything, it’s different for their outlook. While they’re not exactly making happy music, it seems as if there’s something bright in the songs amongst all the darkness. Even if they know things are pretty hopeless, it’s comforting to hear them sound so hopeful. As they said in their record announcement, “this record is about all of us waiting for the end… this record is about all of us waiting for the beginning”. This record showed me the nature of Godspeed You! Black Emperor as a collective of people, rather than just a band. It’s more than just the music, it’s what the music represents: human connection, basic rights, an end to capitalism’s destruction of society and the earth. While it might not be their best release, at the very least it affirms there’s something worth sticking around for, despite all the shit going on: each other.

The group addresses the political and personal sentiments behind the record in a statement accompanying its announcement, which you can read here. I highly recommend checking it out, as it’s actually quite beautifully written.