I wanted to try something a little different for the column this week. Since I spend so much time talking about the music I like and all my opinions, I figured I’d talk to someone whose musical taste I have a lot of admiration for: my girlfriend, Madalyn. We discussed one of her favorite records, then a record we both like. I hope you enjoy! 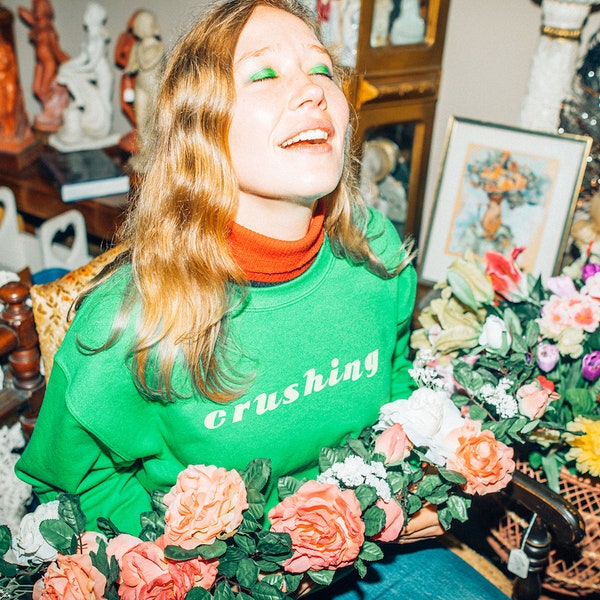 Jackson: To start, we’re going to talk about an album you love, the 2019 sophomore album from Julia Jacklin, Crushing. I haven’t heard all of it, but the ones I’ve heard I’ve really liked. So first, why is this album the first one that comes to mind when thinking of your favorites?

Madalyn: I think, to me, this album is the epitome of young adulthood. A lot of the lyrics perfectly describe how it feels to be a young person right now, especially “Pressure to Party”. You feel a lot of pressure to conform to an expectation for young people, especially in college, to like party and drink and put yourself out there and be extroverted and social, but a lot of the time you know you’re not going to do that.

M: One of the lyrics that I love from this song is “I know I’ve locked myself in my room / But I’ll open up the door and try to love again soon”. I relate to that, because I spend so much time alone and I vow to myself, oh next year I’ll be more extroverted or next year I’ll try to put myself out there and date and meet people and stuff like that.

J: Well, yeah, there’s a lot to do with this whole idea that being social is equated with being a good person, especially at this time in your life. You’re not supposed to have friends when you’re an adult; you’re supposed to have a family and all that.

M: This album is also kind of about that, just a series of failed relationships, and she makes them sound surreal and fantastical but also uses this very blunt language. Her voice is ethereal, but she’s talking about these things that are so deeply personal and scarring. A lot of stuff happens like that in your young life.

J: She seems to be really good at portraying that reluctant acceptance of all the bad things that seem to happen in young adulthood.

M: Yeah, it’s like the acquiescence to the trials and tribulations of being young, because what else can you do, really? That’s just what happens.

J: What’s your favorite song on the album?

M: My two favorite songs are “Convention” and “Head Alone”. “Convention” makes me cry whenever I listen to it. I think it was my top listened to song of last year, I played it an absolutely psychopathic amount of times.

M: It’s both. Her voice is just so unique. She’s Australian. I didn’t know that until I listened to an interview, but now I can kind of hear it come through in her songs, especially her older stuff. I’ll talk lastly about “I Don’t Know How to Keep Loving You”, because you said you had heard that one. The lyrics are insane. She says, “You know my body and I know yours / Every gift you buy me I know what’s inside” and then the chorus is “I don’t know how to keep loving you now that I know you so well”. You’re maybe stuck in a relationship, or you’ve just grown to know each other so deeply that it’s like, what’s left? That’s a big fear of mine.

J: Yeah, I think that’s part of why long-term relationships can be so scary.

M: It sounds very cliché, but the whole “when the magic is gone”, like does that happen?

J: Unfortunately, I think it does. Making it work is a conscious choice.

M: To finish, I would recommend this album to every young person, I think everyone needs to hear it. It’s good summer music, especially “Pressure to Party”. I listened to it a lot my freshman year of college and it really shaped that experience for me. I don’t always read lyrics for songs or albums that I like, but this is one where I’ve read them for every song. They can be ugly and hard to hear, but I like the juxtaposition of negative words with her voice. It’s very simple, but it says a lot.

Trouble Will Find Me – The National 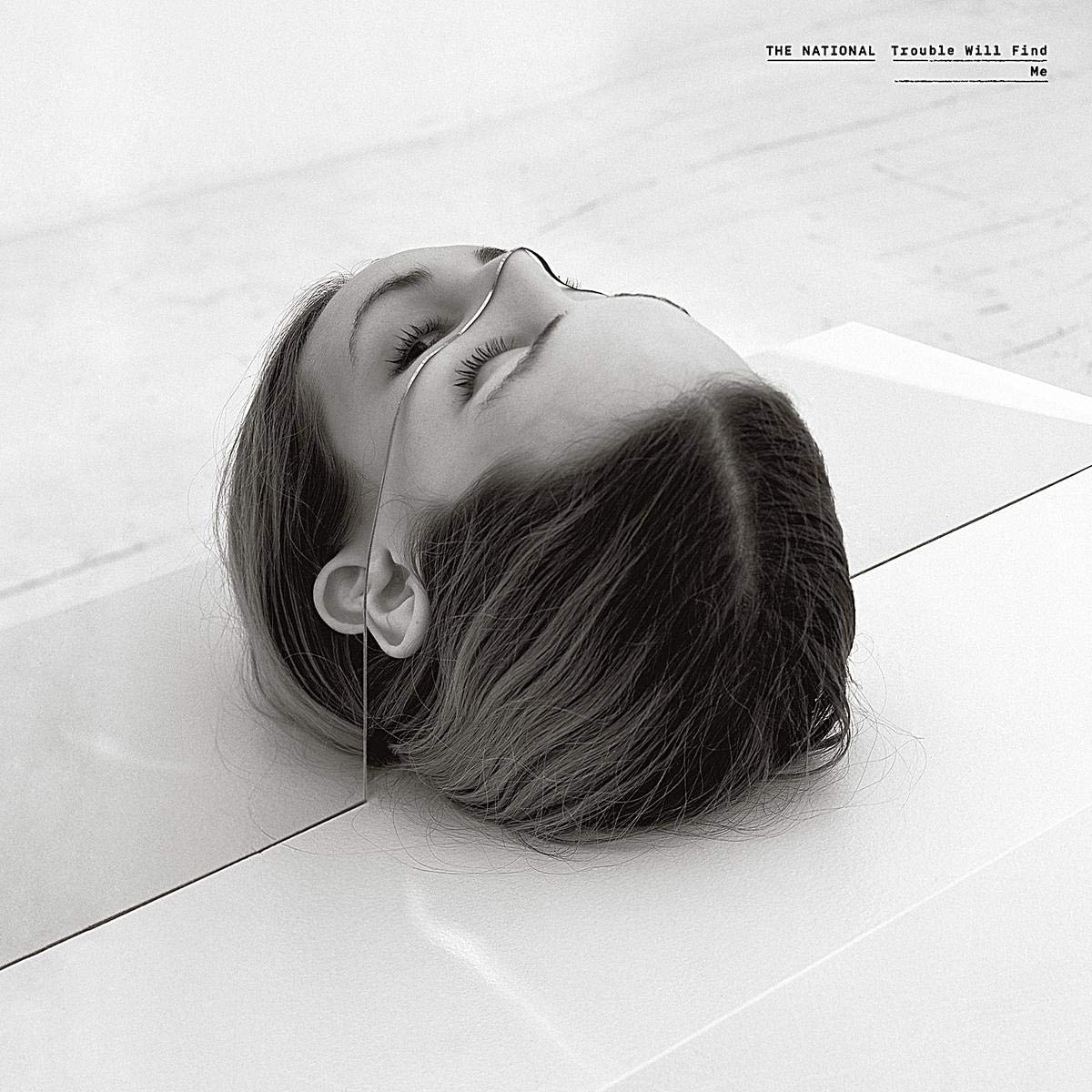 J: Okay, now we’re going to talk about an album both of us like, crazy as that is with our different musical tastes. I’m not too familiar with The National outside of this album, are you?

M: I’ve heard a few songs from various albums, and obviously “Exile Vilify”, which is the song from Portal. Have you listened to this full album?

J: Yes, but it’s been a while, probably a few months.

M: This album makes me feel so depressed. It’s genuinely one of the most beautiful collections of music I’ve heard in my life. I think Matt Berninger is a genius.

J: Oh, definitely. He’s definitely one of my favorite male vocalists. He’s got such a beautiful, deep baritone.

J: I can’t imagine their music without his voice.

M: I will say, part of what makes this album so powerful for me is the instrumentals as well.

J: Yeah, this album has a lot of great guest musicians. St. Vincent and Sharon Van Etten do some background vocals, and Sufjan Stevens plays a few instruments.

M: “Sea of Love” is definitely one of my favorites. The harmonies and the lilting instrumental are so good.

M: It’s also not that far down on the album, which is crazy to me. I feel like that would be a great closer.

J: I agree. I think the record has a super strong start with “I Should Live in Salt”. Just such great songwriting, musically and lyrically. That 17/8 time signature is so cool.

M: “Don’t Swallow the Cap” has some of my favorite lyrics, especially “I have only two emotions / Careful fear and dead devotion”. I would get that tattooed if I was more of an interesting person. “Everything I love is out to sea” is great, too. I love water imagery.

J: I remember reading that a lot of people think the title has something to do with choking or suicide, but it actually doesn’t really mean anything, it just sounded cool to him. What are some more of your favorites?

M: “Pink Rabbits” is amazing. “Graceless” is my favorite right now, I love the drums.

J: I think “This is the Last Time” was the first one you showed me. That’s a beautiful one, really sad. What about least favorite?

M: I’ve tried to listen to “I Need My Girl” and I just haven’t really liked it very much.

J: Yeah, I agree. Not sure why it’s their most popular song. It’s alright, just not one of my favorites. My least favorite is probably “Fireproof”. It just feels sort of underwritten, and I don’t find the lyrics or melody that engaging. Still a great record, though.

Huge thank you to my lovely girlfriend Madalyn for talking to me for this week’s post, and always showing me such great music. As the semester ends and finals are starting, I want to wish y’all good luck. Wherever you are out there, I hope you’re doing alright.