How many of you readers know who Boyce Avenue is? I was pleasantly surprised when I got to EMU’s Pease Auditorium last night at how many people are Boyce Avenue fans–the place was packed! I saw them in concert last spring at The Blind Pig, a much smaller venue, so it was awesome to see how their fan base has grown in the past six months. For those of you who don’t know who they are, Boyce Avenue is a band comprised of three Puerto Rican-American brothers from Florida–Alejandro, Daniel and Fabian Manzano. Alejandro is the dreamy lead singer… I think its all in the name! Anyway, they started out singing acoustic covers of popular songs  and posting videos of their studio performances on Youtube. That’s how I found out about them, from their sweet and romantic renditions of “Only Girl” by Rihanna, and “Teenage Dream” by Katy Perry. Check out their Youtube page here: http://www.youtube.com/user/boyceavenue.

The concert last night got off to a slow start, with two opening acts for Boyce Avenue. The first was Alex Goot, a kid in a t-shirt, flannel, and glasses who played a mean piano. I enjoyed hearing him play, however I wasn’t a big fan of his original songs–not bad, but not great either. A bit too teenie-bopper for my taste. But, here’s his Youtube page if you want to decide for yourself! http://www.youtube.com/user/gootmusic

After Alex, Green River Ordinance took the stage (with a long time waiting in between for the band to set up their own equipment!). Green River Ordinance (GRO for short) were a lot more rock n’ roll. Though again, I wasn’t crazy about any of their songs, they were really great performers, getting the crowd involved and excited. And being from Texas, the lead singer had that charming southern drawl when he spoke. They were really fun to watch! Their style was indie-rock with a little bit of country thrown in there too. What really impressed me was that they did an “unplugged” piece at the end of the performance, where they all walked away from the drums and electric guitars and microphones, quieted the audience and sang and played a country/bluegrass song at the foot of the stage with nothing but their acoustic guitar, banjo, accordion and voices. Here’s their website–check them out! http://www.greenriverordinance.com/

After Alex and GRO, I was ready for Boyce Avenue to take the stage. However, the house lights came on again and GRO took down their equipment, and some other guys came out on stage to get ready for Boyce Avenue. I grew pretty impatient. The waiting in between sets was my least favorite part of this concert. The crowd lost energy in between performances, as people shuffled out of the auditorium to use the restroom, and others sat texting on their cell phones. Finally, the lights lowered and Boyce Avenue came out strong, rocking out to one of their hits, “Tonight”. 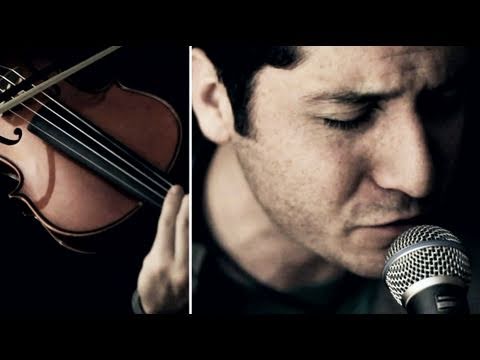 The concert was amazing–Boyce Avenue sounds even better live than they do recorded. They are all impressive musicians as well, with incredible skills on the guitar. Though I love their original songs, I love their acoustic covers even more, so I was really excited when they played songs like “Fast Car” by Tracy Chapman and “Who I Am” by The Goo Goo Dolls. My only complaint with Boyce Avenue live is that they aren’t the best at interacting with the audience, the little comedic banter that many musicians do in between songs. Alejandro is quite serious and didn’t provide much comic relief, or show us much of his personality throughout the performance. Nevertheless, the crowd was very involved, standing throughout the performance, screaming and yelling like crazy! Their performance was over too soon, so the crowd cheered for an encore–and they got one. Alejandro came back out to his keyboard first by himself, then his brothers joined after the first song. They seemed to loosen up a bit in the last few songs, and they ended the concert on a high note.

I was sad to leave the concert hall last night. I really enjoyed hearing Boyce Avenue live. Their songs are sweet and heartfelt, in no way raunchy or dirty like a lot of popular music is these days. They even change the lyrics of pop songs to make them more romantic and innocent, melting girls’ hearts who dare to listen to Alejandro’s pure voice. It was interesting to see how this manifested even in the type of people who came to the show. As we were all piling out of the auditorium and the congested parking lot, everyone was SO nice, letting other people into the line of traffic ahead of them, no pushing or shoving whatsoever–all in all, it’s good to be a Boyce Avenue fan!