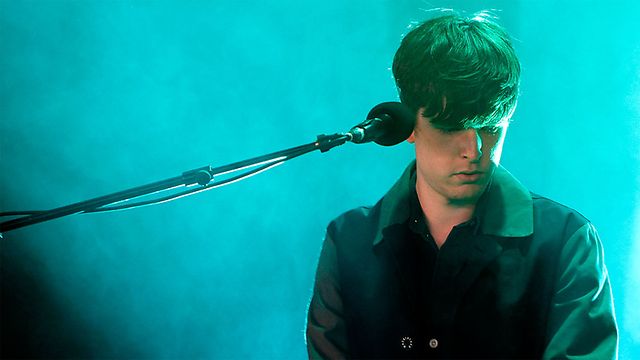 James Blake came into my auditory life about a year ago through a friend who’s taste in music I hold in high regard. After adding Blake’s music to some play lists and burning a couple CD’s for car trips (yes, I still make mix ‘tapes’) Blake became a staple. It wasn’t until this past summer that I started learning more about this phenomenal musical talent.

Blake released his first EP “Air and Lack There of” in 2009, at the ripe age of 21. It was picked up by BBC Radio 1 where he was later asked to come in and do some mixes. In 2010 Blake’s single cover of Feist’s “Limit to Your Love” was released and made 47 on the UK Singles Chart. After this rating Blake received nominations for awards in the UK as well as increasing interest from the press. His self titled album was related in February 2011, later that year he collaborated with Bon Iver. His second album “Overgrown” was released in April 2013. This album awarded him with the UK’s Mercury Music Prize for best new album, Blake has previously been nominated for this award in 2011. This past Summer Blake toured Europe and entered the states to continue his tour in October.

Which brings us to his performance on Monday night at the Michigan Theater, sponsored by UMS. Michigan Theater has beautiful acoustics. It was an interesting choice for this type of music because of the permanent seats, which aren’t very conducive to ‘grooving’ to the music. However, the audience compromised by standing in their rows or clustering against the lip of the stage.

Nosaj Thing (http://www.nosajthing.com/) opened with an excellent DJ set whilst people were milling about the lobby sipping beer and wine. He could hardly be seen as a black silhouette illuminated by a strikingly blue light.

When James Blake and his fellow musicians Ben Assiter on drums and Bob McAndrews on guitar and sampler, the light show began and the crowd was captivated for the next two and a half hours. James Blake’s music isn’t just something you listen to, it is something you experience. I have never said this about any other musical talent I have had the pleasure to witness live; Blake’s music goes inside your body and captures you in an entirely unique way. The beats he uses in his music reverberate through your bones, his smooth, versatile voice slides into your ears and activates something within you. Seeing Blake live was a visceral and emotional experience. I have never been so affected by a performance in my life. In addition to the sound, this performance had the added sensory experience of Chris Bushell’s lighting design. Light of red, orange, white, blue and purple flickered in rhythms and patterns. They reflected off the walls, the audience and the atmospheric fog blown on to the stage. The musicians were alternately lit from above, behind and from all sides creating beautiful silhouettes and visual landscapes.

James Blake is by far the most talented musician I have ever seen perform live. This performance completely blew my mind.

Do yourself a favor and go listen to him immediately. If you are able to buy one of his albums on vinyl and put it on a decent sound system you will be much happier than digital. Barring that, hook your i-whatever up to some speakers and ride the wave.