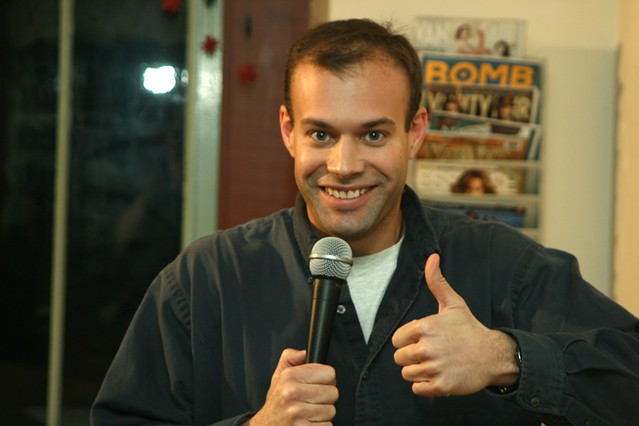 It’s not difficult to make me laugh. In fact, anyone who knows me will inform you I laugh at my own jokes far more often (and loudly) than the average person.

However, when I came to the Ann Arbor Comedy Showcase this past Thursday, I was not in the best of moods. My friend wasn’t able to make it at the last minute, which would have been fine if I had known the seat I was assigned was at one of the little two-person tables directly at the foot of the stage, (where I would no doubt be at risk of having to participate in the show) with a place card that read “Reserved–Pinchak, 2.” The gaping hole next to me was especially conspicuous as every other seat was filled.

Despite the awkwardness of the seating arrangement, I was looking forward to Keith’s performance. As he began, I scootched my seat back toward the stage and listened in.

It’s hard to say what makes a person funny. It’s not often just the content; the same jokes told by different comedians have a different effect on people. While some fall flat, others are absolutely hilarious. Comedy is quite similar to theater in the way that stage presence plays a key role in its success. A comic’s ability to interact with their audience, use the space the stage provides, and work with timing in their set can make all the difference.

Keith Alberstadt seems to do all of this with ease. He made very direct eye contact with everyone in the audience, formed quick-paced dialogues with us, and moved all around the stage. In a lot of ways, he reminded me of the great Jim Carrey, one of my favorite actors. He’s known for his comedies like The Mask and the Ace Ventura movies, though he’s done solid work in dramas like Eternal Sunshine of the Spotless Mind. A lot of his success comes from one unique characteristic: his “rubber” face. The facial expressions he can make are nothing short of astounding, and have contributed quite a lot to the characters he’s played. Alberstadt has this feature too: the wide mouth seems to stretch infinitely, eyebrows able to shift and slide to convey dozens of different emotions. He could imitate an old man or a newborn goat with striking accuracy. He is officially in my book of truly talented comedians. 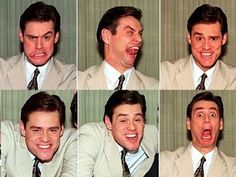 Keith is currently on tour across the United States. More information on future shows can be found on keithcomedy.com, and aacomedy.com is your source for upcoming Ann Arbor Comedy Showcase events.