So this documentary was meant to explain whether or not we are living in a simulation, and give some basic evidence to support the theory. I am sure you want to know, are we living in a simulation? And the answer is, I have no idea. The movie was incredibly confusing, circling back on itself multiple times, and none of the ideas presented connected to each other or to an overarching theory at all. I spent the entire movie trying to figure out what point each story or explanation was trying to make, and I got nothing.

The first thing I found confusing about the documentary was that most of the interviewees were not introduced nor explained to have any sort of credibility at all. Other than one person, who was an Ivy League professor, the people presented were mostly shown as avatars, and claimed layperson jobs. Most of them had just experienced what they described as some sort of realization that they live in a simulation. I really think the movie could have been a lot more coherent and convincing if there were more credible, actual sources, and information that made sense to back up the theory instead of random people telling their stories about why they believe this is a simulation. 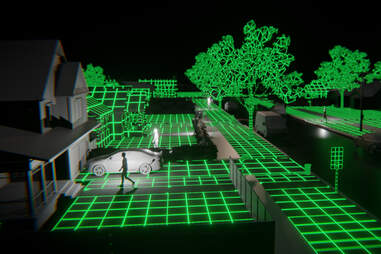 Something I also believe that the movie missed out on was sort of stepping back into the big picture of the simulation theory. Even just an explanation of exactly what it was would have been very helpful, as many of the different sources that spoke about the theory described it in opposing ways. Some claimed that there were higher beings controlling us video-game style, and some said we are just being watched in a laboratory. This would have been intriguing if the ideas were presented sequentially, but all of the different theory explanations were intertwined as the documentary continued, which made it very hard to follow. It would have made the documentary much clearer to me if it was presented less as a collection of stories and ideas, and more as a coherent theory or conviction that we do live in a simulation. 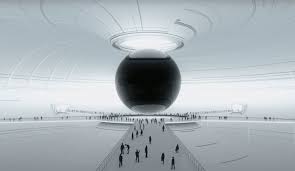 Overall, I would not recommend this documentary unless you have a lot of prior knowledge about the simulation theory. As a newbie to this idea, I felt constantly lost and like I had missed an important point that would have brought all the different ideas together into an actual argument. I think the stories told were interesting, but at the end of the movie, I still felt unconvinced, and felt that I had not actually gained any information about this idea at all. I am now intrigued about the simulation theory, but find it hard to make it applicable to my own life or musings because this documentary simply gave me nothing to work with or think about.