Tired of the relentless droning on of the work week? Can’t quite wait for the weekend to release yourself from monotony’s cruel grip?

Then head on down to the Blue Llama Jazz Club tomorrow, Thursday, November 7, at 7-10pm to witness a spectacular performance by Michigan students and faculty of the Department of Jazz and Contemporary Improvisation! The group will be showcasing both their own compositions and classic jazz songs by some of the old greats.

The cover is free with the purchase of food or drink, though there will be a spot on the check for you to offer a tip for the night’s entertainers. Show up when the mood strikes, or stay for the whole evening. Due to the popularity of the establishment, it is recommended that you make a reservation ahead of time, which can be done here: https://www.bluellamaclub.com/event/u-m-school-of-music-jazz-showcase-2?fbclid=IwAR1Wo3BvqFEDqP5g_F6bYudYogisFpNsWsv9ET2nayrF5ZudCzUwTdZeLLQ

Hope to see you there! 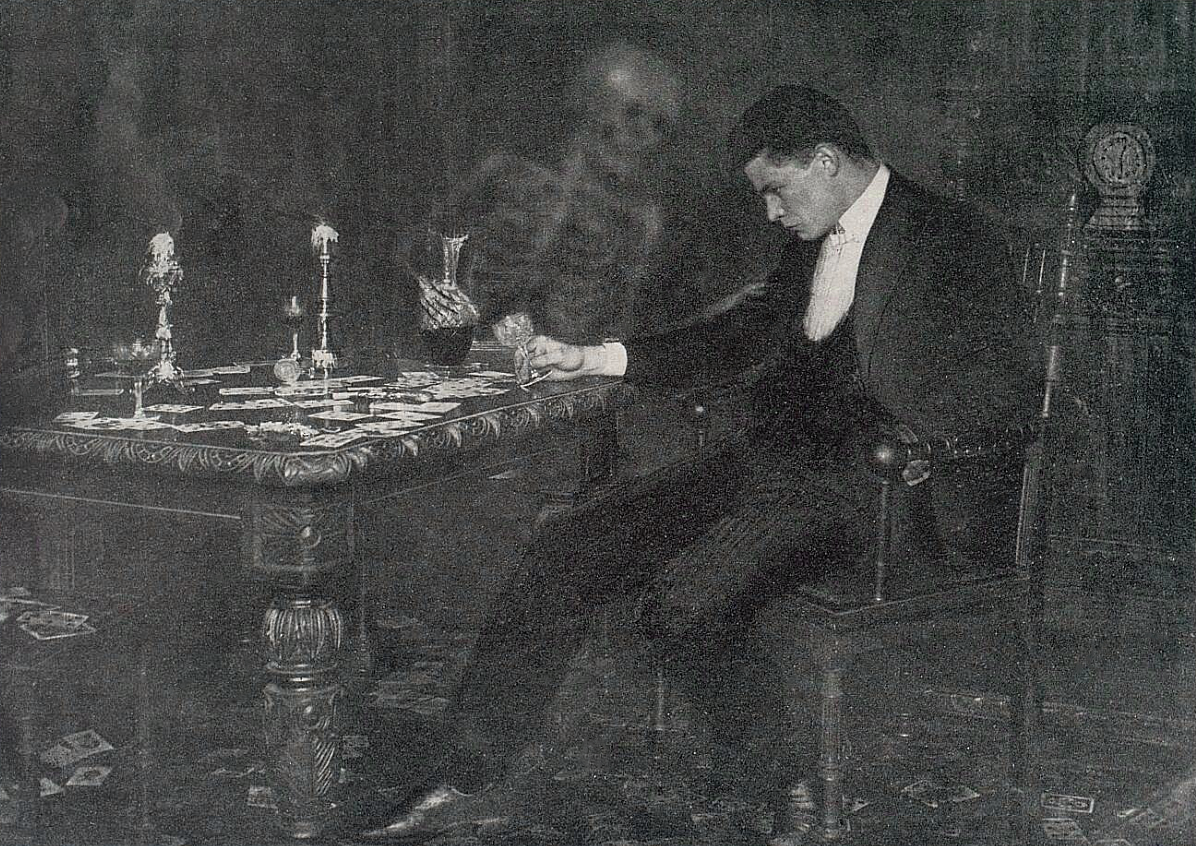 Halloween, though it has already been upon us for months, is now extremely upon us. Somehow the most important holiday in the universe does not warrant a day off of school (meanwhile, some still legitimately celebrate Columbus Day), so we must do all we can to work around our schedules to properly honor this spiritual time.

Thank the Unholy Lord of the Dead that the International Studies program is continuing horror film fest. In its seventh year, the free program will include three foreign films (subtitled in English) for all to be terrified by. Come by the Hatcher Graduate Library Gallery (first floor) between classes, or if you’re especially dedicated, skip them all and stay for the whole time. And I better see you all in costume, or else.

The movie schedule is as follows: With Halloween well upon us, we have descended into scary movie season. While horror isn’t for everyone, there’s something about the graying skies and the melancholy cold that brings out at least a little bit of enjoyable frightfulness in us all.

For lovers and haters of horror alike, Tigers Are Not Afraid is a must-see movie. In it, a ghost haunting is shown from the perspective of a 10-year-old child. Part fantasy fairytale and part creepy supernaturalism, Issa Lopez’s film will amaze everyone in the audience.

There are several showtimes available at the Michigan Theater in the coming days:

Hope to see you there! Wear something spooky… I loved this movie, especially as I wandered into the screening room without thinking that I would.

Ploy follows the addition of a stranger (the titular character) into the lives of two troubled people making the mistake of languidly existing in a deeply flawed marriage, and doing nothing about it. She looks far younger than the nearly 19 years she claims to have lived; her doe-eyed youthfulness plays into the strength of the chaos she innocently unleashes. While unsettling given her childlike features, she holds a clear sexuality that serves to beckon forward the evil already within the couple’s complicated relationship. Although the director fiercely guards his definition of the movie as a simple, commercial one (and certainly not of the art house variety, as many critics and fans have claimed), the entire time I was seeing metaphors in everything, appreciating his sense of aesthetics; the subtleties of object placement and camera angles and color and slight expression changes on the characters’ faces.

The intense scene with Dang trying to escape her armed captor at the abandoned warehouse was chillingly beautiful despite the typical artlessness of violence. The wind rustling through the ripped, translucent plastic created a feeling of being inside a kind of dust storm, the panic of the events coalescing with an uncertainty of direction and decreased visibility.

The hotel’s hallways were strikingly bare, though the inside of the rooms are lavishly modern suites with full kitchens and enormous beds. The bar has a lonely, electric feeling to it, part old-timey diner and part futuristic hangout. The lobby feels more like an empty airport, the back of the taxi a warm, wet cavern. Some things were left mismatched, maybe as a nod to how the paranoid, lonely mind creates frantic stories when reality gives out less information than needed. The purpose of the thievery of the suit jacket and pants is never revealed, nor is the question of whether the hot-blooded romance between the maid and bartender is real or a dream of Ploy’s. Also, the identity of the boy she’s with in the beginning is never revealed. Rather than viewing these things as plot holes, I recognized their role in enriching the jarring feeling of love lost Ratanaruang was trying to create.

It’s hard to say whether to take Ploy as a gift or an evilness. The way the movie ends, it seems we are supposed to conclude the former, but I didn’t feel satisfied with that. Her presence does exacerbate the couple’s arguments, which eventually leads to uncharacteristically bold actions that end up bringing the two closer together, but the pain she brings about is almost glazed over in this. Dang is the victim of violent sexual assault and (we are led to assume) she ends up killing her captor, but after the fact this is not mentioned, the enormous range of emotions created remaining unexplored and unexpressed. Having an ending where the couple comes back together, seeming to even happily glow in the backseat of the taxi, seems again a direct ignorance of the lesson in communication Ploy was meant to teach. But then, maybe this was the film’s vision, to show the cyclical nature of apathy to anger turning into self-fooling false happiness. Or maybe it’s meant as a truly happy ending, in which honesty is less important than intentionally appreciating one’s partner.

If you haven’t seen this movie yet, I would strongly urge you to watch it. It’s always good to break up the tedium of the school week with something a little more interesting than differential equations. Too often we get stuck in the poisonous mindset not just of continuous labor, but of reliance on the same tired relaxants–rewatching The Office for the twentieth time, stress-eating entire loaves of day-old bread from Jimmy Johns, compulsively list-making in your agenda.

This week, expose yourself to something a little different, and a little more mind-enriching: foreign film! As a part of CSEAS’s continuing Thai movie night series, Ploy (2007) will be shown in North Quadrangle’s Video Viewing Room in the Language Resources Center at 7PM this Thursday, September 26th.

The movie follows a couple trapped in a hotel room with a stranger, whose behavior begins to sneakily find cracks in their relationship. It’s a story of the fragility of trust inside the seemingly strong walls of love and marriage, and it leads viewers to wonder whether anything is built to last. Poetry has long been a medium that puts words to the indescribable. It can be used to explore the feelings that exist amorphously, from the most complete pains to immense elation. It draws together seemingly unrelated pieces of life and brings light to ideas that we may otherwise glaze over in our striving for a normal life. Further still, slam poetry combines this style of writing with a moving, lyrical flow that resonates with a wider audience, adding in a most earnest emotion to the already poignant stanzas.

The U of M Slam Poetry Competition group and Roya Marsh are coming together to perform their work Wednesday, April 3rd at Rackham Auditorium. Come snatch a seat at 7 pm and prepare yourself to gain new perspectives on social justice issues that plague our existence. Admission is free for students and faculty, and staff!