The importance of an album cover shouldn’t be understated – it’s the one visual medium that the artist chooses to communicate to the listener, so you can bet there’s been a ton of thought put into what exactly that message should be. Before music streaming was made popular and people had to actually, you know, buy the vinyl to listen to music, people would often make decisions on the cover itself – judging an album by its cover. And besides just being an important means of getting your album heard, it’s a component of the album’s whole that can really contribute a lot as some kind of subconscious mental priming for the listening experience. Here are a few of my more contemporary favorites! 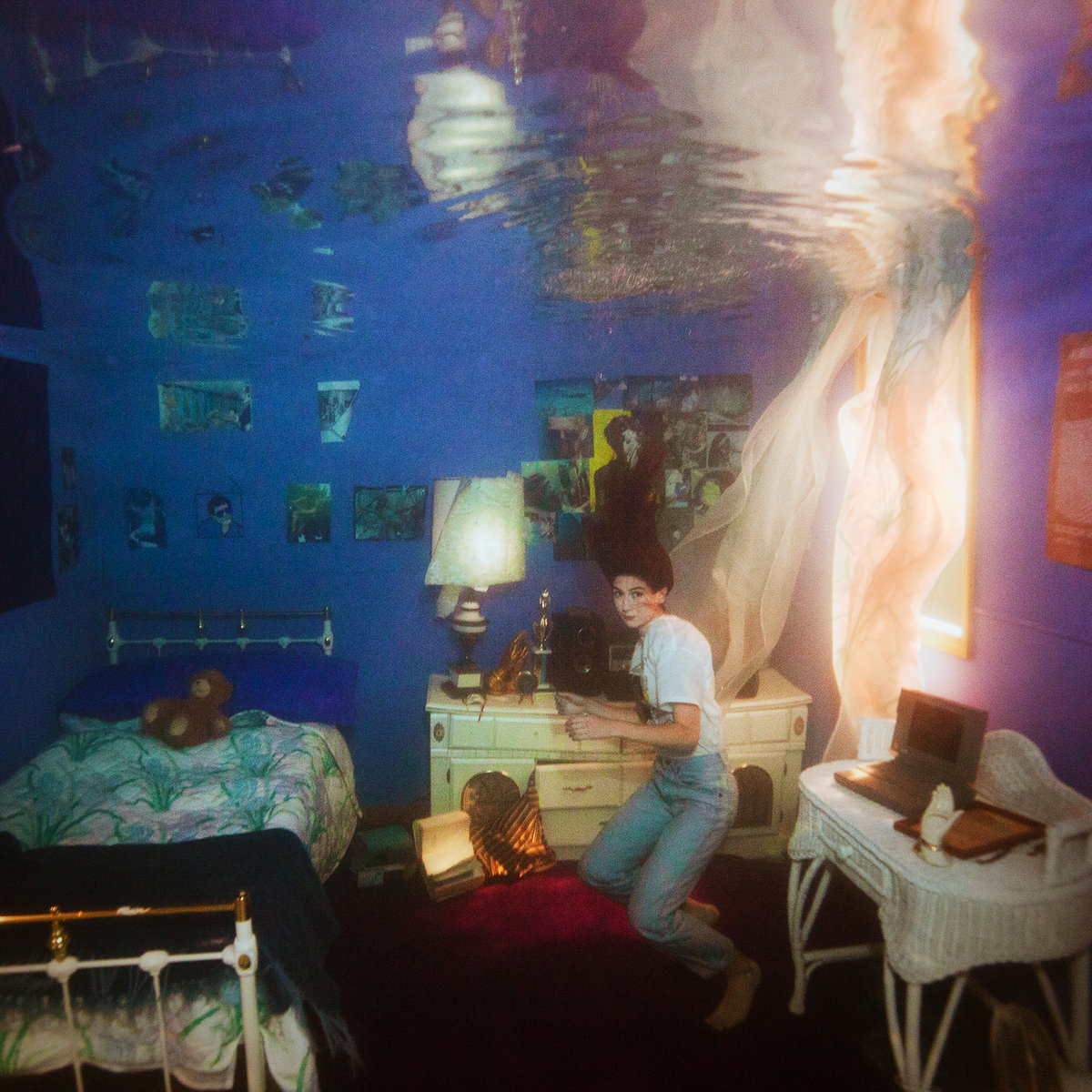 Titanic Rising by Weyes Blood! I love this album – it’s my AOTY for 2019! The music itself is lush, spacey, and gorgeous, which is reflected well by this scene of Natalie Mering herself in some kind of ethereal, underwater fantasy. Homey and domestic, yet soaked in some kind of nostalgic tint. It works really well with my favorite song on the album, “A Lot’s Gonna Change,” which I always imagine as the story of some wizened mother cooing to her hurt child – life’s hard, and you’ll have to learn how to get hurt… but until then, I’ll still be here for you. Argh, it’s too good. 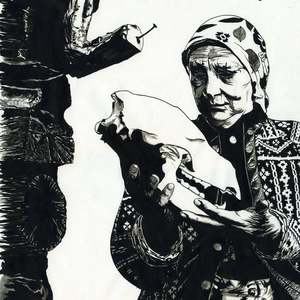 Mount Eerie by The Microphones! Unfortunately, I can’t seem to go a week without talking about one of Phil Elverum’s works. Mount Eerie is a pretty abstract record that deals heavily with mortality, and that seems to be the focal point of our cover as well. This old woman, staring at some animal’s skull, seems to me like her own reflections on death – that she knows that she too will eventually become this dilapidated chunk of bone. The pen-and-ink style is very raw, which if you know Phil Elverum, is exactly his vibe. 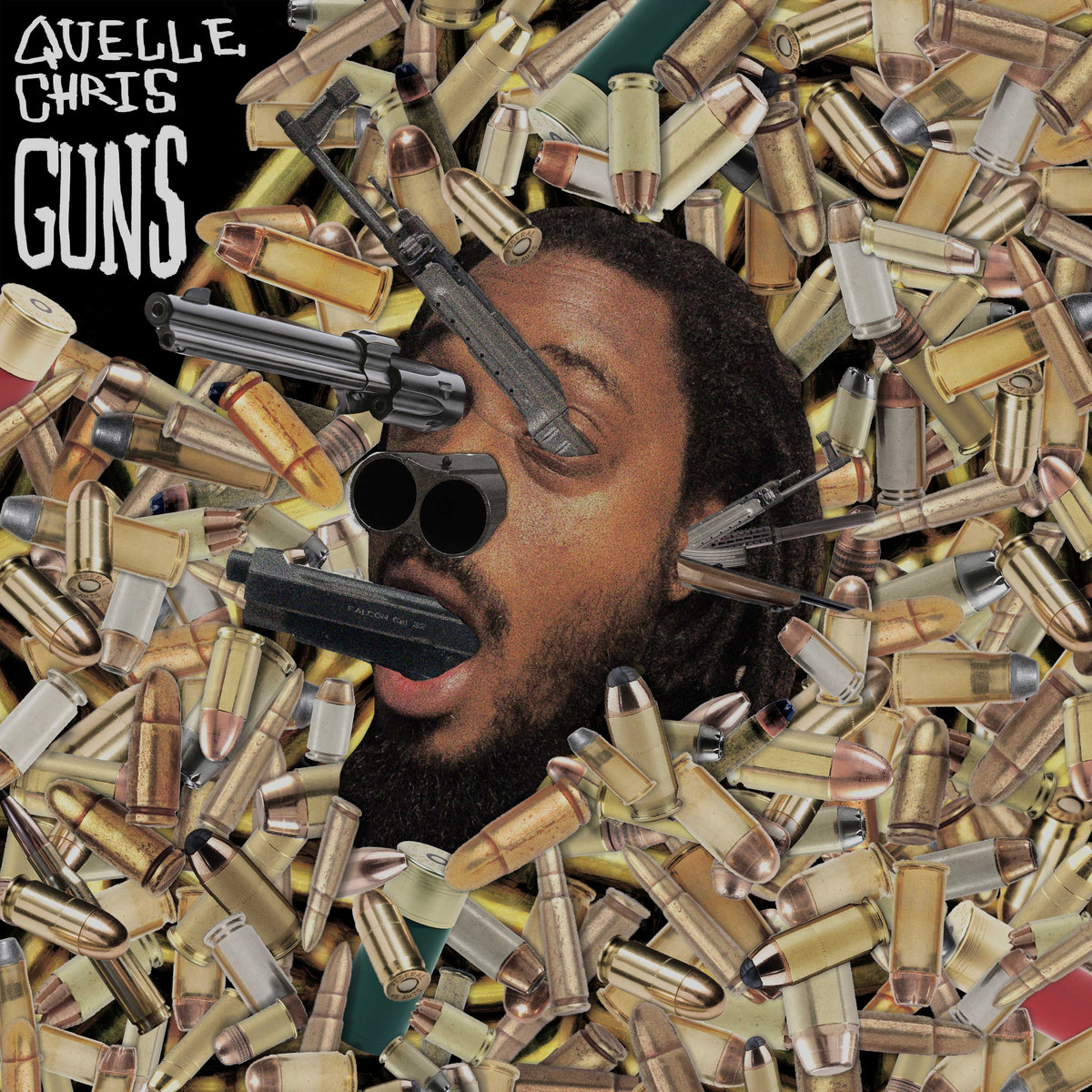 Guns by Quelle Chris! Quelle Chris and his wife Jean Grae are seriously underrated – check out Everything’s Fine for a hyper-sarcastic take on modern culture and our political system. The cover to Guns is really great too, with its sawed-off acting as Chris’ nostrils and the guns literally coming out of every orifice, a metaphor for how ubiquitous the gun-control issue has gotten in our lives. There’s not much else to say. It’s political. The Money Store, by the Death Grips! No longer some underground hip-hop act, this album cover is pretty well-known nowadays. Super-reflective of the BDSM-type violence and sexuality that’s present in the album, you can make out “DEATH GRIPS” flayed into the “gimp’s” chest. And it’s interesting to note the androgyny of the “submissive” as well. All in all, I really like how grotesque-but-not-really-we’re-just-being-human the whole thing is. Or maybe I’m too prude and it’s not actually grotesque at all. Hmm. 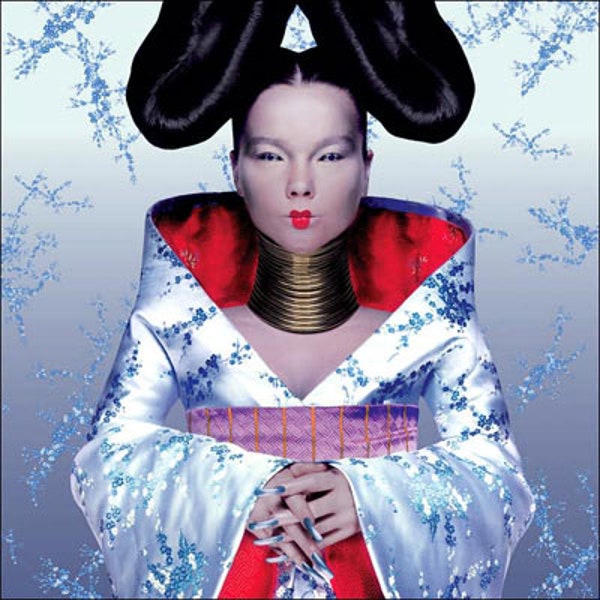 Homogenic by Björk! I find this cover fascinating. It definitely draws your attention with how unnatural the whole image is, what with the alien-like gaze of her eyes and the giant symmetrical rings of hair. It’s simultaneously regal and rugged, her stern demeanor a good representation of the coldness of songs like “Hunter” and “Bachelorette”… and all the other songs too. Luckily, Björk has talked about the meaning of the image as “someone who is put into an impossible situation, so impossible that she has to become a warrior. A warrior who has to fight not with weapons, but with love.”