My relationship with animated movies has been fairly odd over the years, and it was only recently that I started sorting out my feelings toward the genre. I watched a lot of movies as a kid, but I remember early on thinking that animated movies were childish. I don’t think this was helped by my parents dislike for them; my mom enjoys horror movies and thrillers, while my dad rarely watches whole movies, so to them a lot of the animated movies I watched as a kid seemed obnoxious and shallow. They both share a dislike of musicals as well, which they were largely successful in passing down to me (La La Land is about my only exception), leading me to stay away from a lot of animated Disney musicals. In the end, I had a bias against animated movies, which I gradually realized and have since overcome. So now I want to talk about some of my favorites, point out what makes them such great works of art, and reveal why the animated genre is a lot more complex than it seems.

The movie that made me first question my relationship with animated movies was Coraline. It’s a stop motion animated horror movie released in 2009 that is way too scary for children, contrary to the intended audience of the film. It has somewhat of an infamous reputation for scaring children to death and being overly creepy and disturbing, which is what originally piqued my interest. While I was watching it, I was stunned by how imaginative and off putting it was; it seriously brought some of my nightmares and fears to life. I don’t want to get into the weeds about the plot, so I’ll just say that the feeling of “not everything is what it seems” is so strong and heavily conveyed through every aspect of the movie that it’s almost scary in itself. The art style perfectly complements the disturbing atmosphere of Coraline’s world, and the story is a great blend of subtle messages and morals. Overall, it really opened my eyes to the imaginative possibilities of animation, outside of traditional princes and princesses that are so common in the genre, while also displaying the morals that define a lot of animated movies aimed at children. 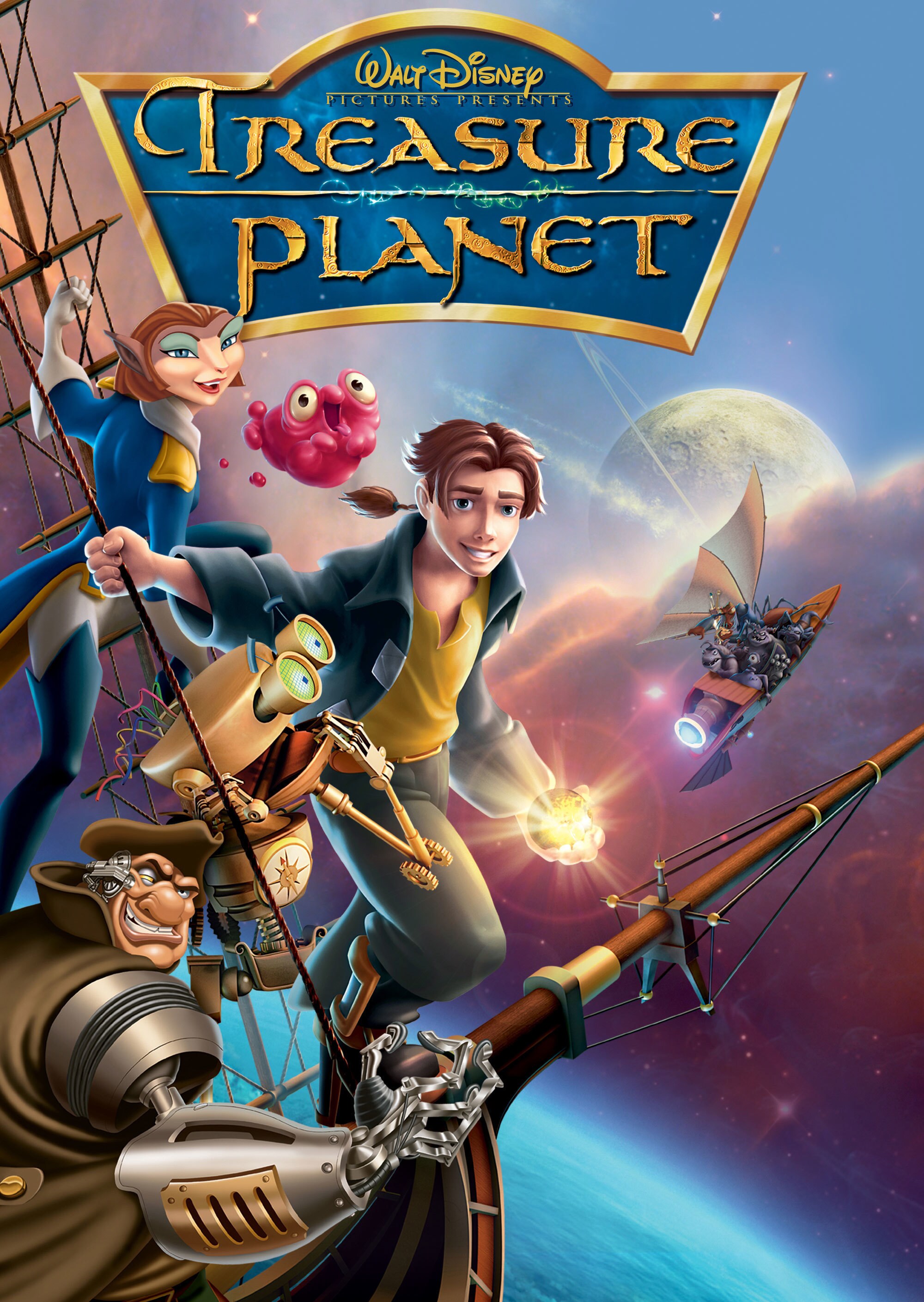 Another one of my favorite animated movies is Treasure Planet, which I used to watch over and over again as a child. A year or two ago I remembered the movie and had the strongest urge to re-watch it; there was something so memorable and captivating about it’s story and style. While watching it, I realized that nothing had changed: the characters are incredible, the story is great (it’s based on Treasure Island), and the entire world that it’s set in is fantastical and endless. The character development alone is one of the best examples of writing that I have ever seen; nobody is truly good or evil, unlike most heroes and villains in other children’s movies, and each character is fully fleshed out and absolutely amazing. I also think the science fiction element of the movie draws me in too, featuring portals and literal “space ships” with pirates and cyborgs that make the entire world fascinating. I would have to say that this is my all-time favorite animated movie for those reasons, along with how well it holds up to the test of time. Although the actual art style isn’t as impressive or as unique as Coraline, and the atmosphere isn’t as defined, it perfectly encapsulates the appeal of animated movies beyond the audience of children. It is an all around work of art, and a testament to the unique power of animated movies to create incredible worlds and meaningful stories.