Hair Love, Dcera, Memorable, Sister, and Kitbull are contenders for this year’s Oscar nominated shorts in animation, and The Bird and the Whale, Henrietta Bulkowski, Hors Piste, and Maestro are highly commended films also playing at Michigan Theater. Like every year, the style and media of the films differ tremendously, each with its own merits that make it an interesting watch.

The series opens up with Hair Love, a film that’s full of pastels and backgrounds that look like it’s been coloured in with pencil crayons. It’s heartwarming and sweet, and although it’s not as visually rich as some of the other shorts, the pacing in its storytelling is perfect. A father does his daughter’s hair for the first time with a little encouragement – an interaction that develops their relationship in the absence of her mother.

Although Hair Love was produced by entertainment giant Sony Pictures, it feels pretty organic. People need people, and the film does a good job capturing that spirit when the father and daughter bond and rely on each other when their family fabric is pulled and twisted by the lack of her mother’s presence.

Daughter (Dcera) has the momentum and framing of motion picture cinematography. The characters look imperfect, textured puppets with painterly faces, an expressiveness teased out with an unflinching gaze. The camerawork, jarring and claustrophobic, frames the tenuous relationship between father and daughter. Despite the closeness of the camera, there is an endless distance between the two, and the short film takes us to a quiet hospital room to reflect on the course of their relationship and the moments lost so long ago.

Daughter is beautiful and sad. The yearning for love and comfort is pinned delicately in scenes like butterfly taxidermy. There is no dialogue, but Daughter doesn’t need any to convey the emotions told through space and time, through elegantly laid out shots and a silence that stretches between father and daughter until a bird flies into the hospital window.

Memorable follows in the same vein using puppets full of post-impressionistic strokes. Louis, a painter, watches the world around him become strange, surreal, and unfamiliar. The film is imbued with the style of van Gogh in many scenes. It turns his perspective into works of art – a cellphone puddles into moving shades of gray, his family members’ faces become molded and abstract, and his wife becomes nothing more than a few brushes of paint. Life around him falls apart until he is left in an empty world with only himself in it.

The soundtrack is also stunning, just as vivid and as bright as the visuals. When the world around Louis disintegrates and the music fades, the sense of loss feels personal and profound. Memorable does a good job building up this moment. First, the details are lost, turning people and objects into broad strokes. Then the meaning is lost, the paint pooling and disappearing.

We see a different kind of loss in the short film Sister, an exploration of things that could’ve been. The film is very tactile; the textures used lends itself to the distinctiveness of the animation. In a scene, the brother pulls on his giant sister’s belly button, the cottony material used to make the puppets twisting like an umbilical cord out of her until he lets go and she deflates like a balloon. Everything looks very soft and sweet, finished with a muted colour palette of black and white and a faded red. 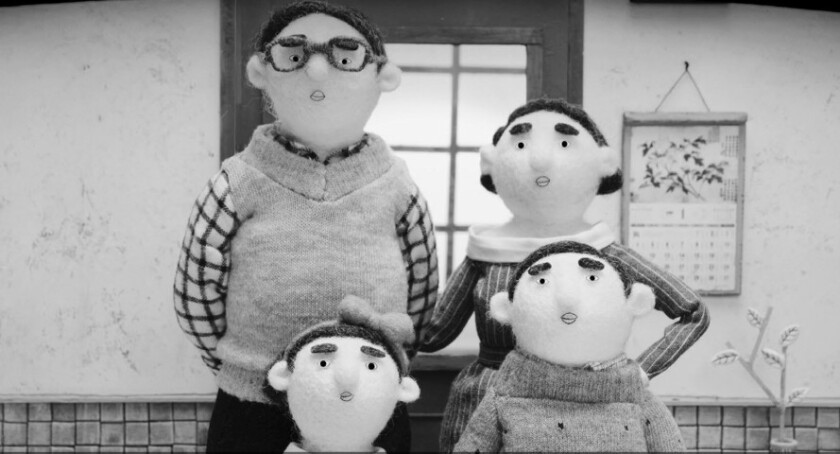 Despite its subject matter, Sister touches very lightly on the political aspect of China’s one child policy, alluding to it in post-film dedication. Instead, it focuses on the emotions of the narrator, the feeling of loss of not just a person, but an entire life missed because of it. Shots of mundane, every-day life are intertwined with surreal imagery to tell the story of Sister.

Kitbull is very cute, cushioning some of the gloomy undertones. It’s not as emotionally heavy-handed as a few of the other shorts nominated, but there’s a sweetness that prevails. The animation is descriptive; each expression and emotion is detailed through the movements of the stray kitten and the pitbull, even though their art is relatively simplistic. The two characters slowly grow closer together, helping each other get by in daily life, whether it’s from boredom or from hurt. It’s not ground-breaking or riveting, but Kitbull is still a solid film with a happy ending. It’s endearing and hopeful – a good note to end on. 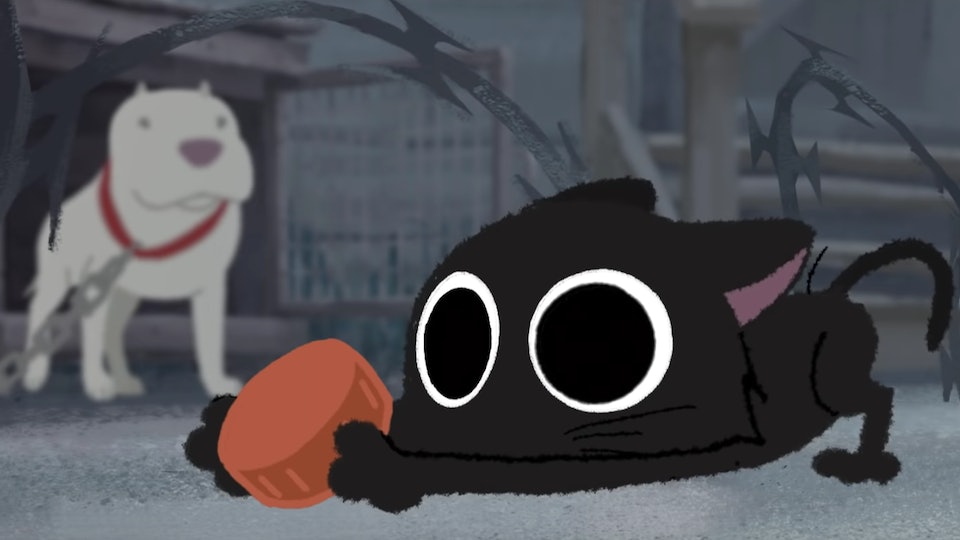